The Winning Is Just Beginning

The other night at Concert on the Square, one of the listeners at Table 75 asked me, “What’s the best prize you’ve ever given away?”

I had to think about it for a minute. Making someone’s $992 mortgage payment during Magic Pays Your Bills last year was fun. At another station, I once gave away $1000 to caller #106, and I’ve handed out a few weekend getaways. But I know a radio guy who once gave away an all-expenses-paid trip to Dublin, Ireland, to see U2 in concert, which is instantly cooler than anything I ever gave away.

A more interesting question might be, “What’s the worst prize you’ve ever given away?”

In one town, the local movie theater gave us tickets, but asked us to give them away not in pairs, but one at a time. The theater manager said, “I don’t want you to give away pairs because then I don’t sell anything. Nobody goes to the movies alone, so if you give tickets away one at a time, at least I’m going to sell another ticket.” (We could have made the listeners promise to buy popcorn, I guess.) In another town, an appliance dealer occasionally asked us to give away stuff he couldn’t sell. I can tell you there are some things in this world that people will not only refuse to buy, but they won’t even take it if you try to give it to ’em free. An electric combination hot-dog cooker and bun warmer, for example.

At Magic, we’re extra-careful to make sure the prizes you can win from us are truly special, and not just junk that’s lying around. And we assure you that if you ever win tickets to anything, there will always be two of them.

New Playground … At Least for Us 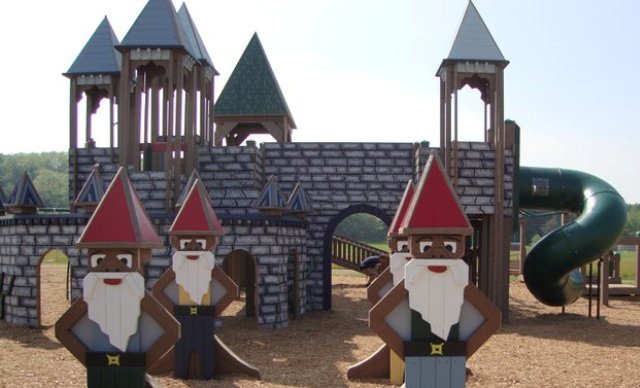 I Have This Thing