Here’s something that’s not a news flash: we have lost a lot of famous people in 2016.
It seems like there have been more losses in 2016 than ever before, although a scientist crunched some numbers and concluded that 2016 may not be so unusual. What’s different about this year is the power of social media. Years ago, we’d hear about celebrity deaths on the radio or TV or read about them in the paper the day after they happened. Now, our Facebook pages and Twitter feeds blow up in real time when a prominent celebrity passes on. Stars like George Michael, one of the half-dozen most significant musical icons of the 80s and 90s, and Carrie Fisher, who starred in one of the most famous movie series ever, would get a great deal of notice regardless. The attention that came to Fisher’s mother, Debbie Reynolds, may have been greater because of the weird circumstance of her dying just one day after her daughter.
This morning (Thursday the 29th as I write this), less than 24 hours after Reynolds’ death, I notice the social media backlash starting: “Why are people so sad about Carrie Fisher and Debbie Reynolds and not the cops and firemen and soldiers who have died this year?,” or “You never met these people, why do you care?” If that’s your opinion, you’re entitled to it. But I wouldn’t presume to tell anyone how to feel about the death of another, personal acquaintance or not. I never met Keith Emerson or Merle Haggard or the jazz musician Bobby Hutcherson, but I felt a sense of loss when they died, because their work (music in the case of all three) meant something in my life. I felt a twinge when Barney Miller actors Abe Vigoda and Ron Glass died because I love that show. If To Kill a Mockingbird changed your life, it was OK to feel a little sad when Harper Lee died earlier this year. And so on.
One thing we know: we’ll have the chance to debate celebrity passings and social media in 2017, because people don’t live forever. I am pleased to report, however, that as of this morning, Betty White, Bob Newhart, Chuck Berry, Morgan Freeman, Ruth Bader Ginsburg, Dame Maggie Smith, and many other people we like are alive and well.
Oh man, what if I jinxed ’em?

Addison Is This Week’s Kid 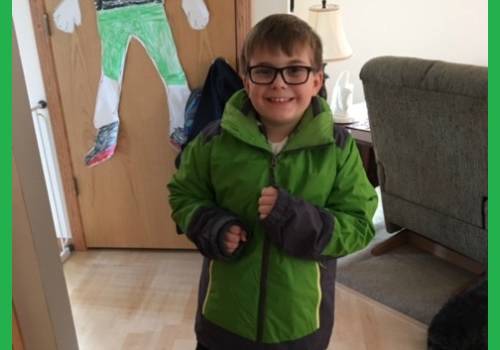