When I was a kid, I was quite a nerd.
(Cue people who know me personally: “What do you mean, ‘was’?”)
I used to watch baseball games on TV and keep statistics in my own little scorebook. And for a lot of years before I was old enough to do anything else on New Year’s Eve, I listened to the radio countdown of the year’s top songs, writing them down one by one. Even after I got old enough to go out with friends on New Year’s Eve, I’d listen to as much of the countdown as I could. When I was a little baby disc jockey just starting out, it was a thrill to actually host the New Year’s Eve countdown show for the first time. Later in my career, when I did an afternoon radio show in Iowa, I’d do the countdown between noon and 6PM on December 31 instead of the traditional six-to-midnight. I called it “the countdown show for people who can’t make it til midnight,” of which I was usually one.
Even though I am not the nerd I used to be (cue people who know me personally: “what do you mean ‘used to be’?”), I’m still fascinated by the year-end ranking of top songs. Billboard magazine is considered the bible of the music industry, and its year-end top 50 for 2017 is pretty interesting. I would not have guessed that Maroon 5‘s “Don’t Wanna Know” would be #1—I would have bet on Ed Sheeran‘s “Shape of You,” which ended up #2. Nobody should be surprised that Adele has two of the top 11. Justin Timberlake‘s “Can’t Stop the Feeling” made the top 10 in both 2016 and 2017.
My favorite songs of 2017 didn’t make the list, however. “Wish I Knew You” by the Revivalists was released in 2015 but didn’t become a hit until this year. It took me awhile to come around to liking “Feel It Still” by Portugal. The Man, but I do.
(The band’s name, as written in the previous sentence, does not contain a typo. They put a period between “Portugal” and “The Man” in their name. I like their song, but as a writer and longtime professional editor, I don’t like that period. No I do not.)
Wherever you go and whatever you do over this new year’s holiday, I hope there’s good music to listen to. Because if there isn’t, what’s the point?

Kid of the Week: Oaklyn 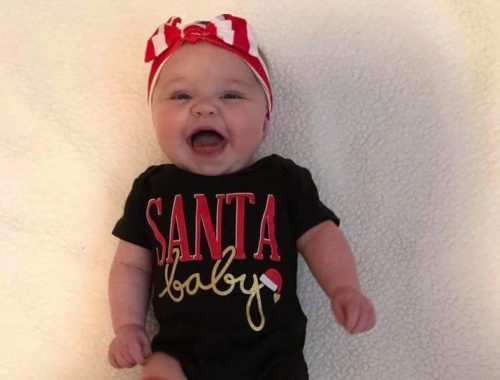 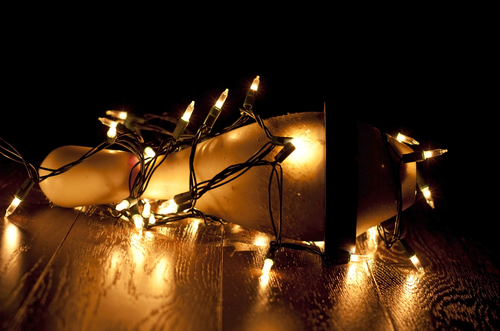