Ginger’s Blog: You’ve Got A Friend

I moved to Madison in the spring of 1994. I had six years of full time radio experience under my belt and I applied to every radio station I was interested in working at when I arrived. I remember the day Pat O’Neill called me for an interview. I remember the day Pat and I sat down for an interview. We talked about antiquing, hobbies. . . where I saw myself in five years, all the typical stuff that comes up in an interview. One week later Pat called me and offered me a job on Magic 98. I accepted. The day after I accepted Pat’s job offer, I received a call from another radio station across town that I had also interviewed with. I don’t know what prompted me to accept that other position and turn down Pat’s offer at that point in time other than the fact that it was just a gut feeling. The universe has this amazing way of telling you what your right path is if you are open to hearing it. I listened. I took the job across town. You may have heard me on the radio there for almost 15 years. And then. . .
The universe gave me a dose of reality. The economy tanked. I lost my job of almost 15 years. What to do? What to do?
Fast forward to the spring of 2012. The amazing station of Magic 98. . . the station I have felt a part of since moving to town in 1994, the station that I woke up to and fell asleep by since 1994, the station where I made friends if only by name in Sara Freeman, and Kathryn Vaughn and Lanette Hansen and Pat O’Neill and many others. . . had an opening for an on-air position. I couldn’t get my resume into the hands of Pat fast enough. My dream had come full circle. . . and once again the universe was telling me that this was the right time for me to be a part of what Magic 98 is.
Eighteen years after interviewing with Pat the first time, we met again. I got to have conversations with Lanette and Liz Terry and others on staff. This time the universe told me I will get to work with an amazing group of people who have an amazing vision and talent of touching people, reaching people, making people feel like they have a friend every single day they turn on the radio. They were the reasons why I wanted to be on the radio at all. I wanted to be someone’s friend like that every day as well.
Everyone has gifts. In the six and a half years I have had the privilege of working with Pat, I have come to realize that Pat learned how to use his amazing gifts of touching people and making people laugh every single day. I can’t remember I day I have come to work where Pat hasn’t said something that has made me laugh out loud. His quick wit and extremely dry and sometimes macabre sense of humor behind the scenes has made every day of working here like a dose of medicine. In a world of anger and violence and hatred, Pat has been able to hit it home and round out the bad with a dose of down home humor and fun.
Pat is sensitive and emotional and feels things very deeply, which is how you and I were able to connect with him every day on the radio.  He knew when you needed that special “emergency disco programming” when you were stuck in traffic. He knew when you needed to hear “You’ve Got A Friend” by James Taylor on a morning when some national tragedy had become news. Pat just knew. He still does. He always will. And I wish him all the wonderful blessings of finding the emotions of life in his new endeavor. Pat has taught me so much on how to feel life. For that, I will be forever grateful.
Pat will always be a friend. Not just someone who hired me to be a part of his radio station. Pat O’Neill is and always will be one of the greatest people I will ever have the pleasure of knowing. I thank him for that.
Read more of Ginger Martin’s blogs here. 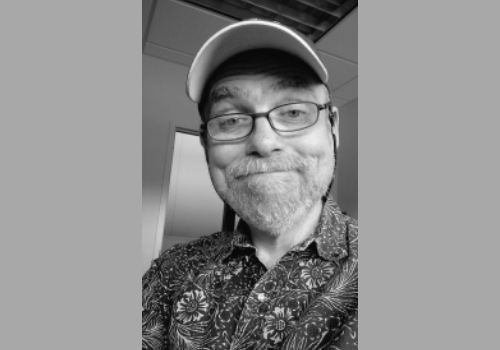