Ginger’s Blog: Spiders, Bugs, and Me

(If you don’t like spiders, scroll carefully. There’s a picture of one at the bottom of this page.)
I am a self-proclaimed arachnophobe. I have had an almost paralyzing fear of spiders since a very young age. I find it interesting that I have absolutely no fear of snakes. I think it begs the question … are fears and phobias learned behavior, or are they innate? The reason I question it is that when I was young, my parents would often take me to the local nature center to experience the injured wild animals they cared for. Children were allowed to touch, pet or hold some of the animals. One of the first wild animals I ever held was a friendly snake. I don’t remember what kind it was, but I do remember not being afraid and really wanting to experience what it was like to hold it. I remember being mesmerized by its tongue and its eyes, and how it wanted to be held and not wriggle away. Any fear of snakes I had did not seem to be innate at the age of five. And to this day, I love snakes.
My parents also bought me a bug catcher one year. With it I caught crickets and grasshoppers, a praying mantis, moths. I loved watching those bugs be bugs. My parents taught me to respect what they were and why they are on our planet, and after I was done enjoying them close up from inside the bug catcher, I set them free.
But also into the bug catcher would crawl an occasional spider. Whenever I would show my mom a spider that crawled in, she would jump back and sometimes scream and tell me to take it outside and dump it out away from the house. Interesting, isn’t it? I once witnessed my mom at her sewing machine, happily making a skirt, when a spider crawled across the sewing table. She stood up screaming, knocked the chair over, grabbed a nearby broom, and started smacking at the table, obviously wishing to kill a creature one millionth as big as she. I’m only speculating, but perhaps watching my mom’s reaction to spiders conditioned me to believe that spiders are to be greatly feared, and I must never get close to them.
What’s even more interesting is that my mom and dad never told me that spiders were bad. In fact, they told me that spiders were really good to have around on the outside because they ate all the mosquitoes and flies and other bugs that annoy us in the summertime. Whenever we found a web outside, especially one covered with dew, we would stop and observe how beautiful it was. If we saw a spider building a web, we would stop to observe how miraculous it was. It really is a treat to watch a spider building a web. It’s a stop-and-smell-the-roses kind of moment when you come across it. However, whenever I witness a spider building a web inside my house I cannot appreciate the beauty of it, and it literally makes me almost want to pass out.
The whole purpose of writing this blog post is to say that this year, I have several spiders who have taken up residency around the outside of my house. And personally, I am quite fine with it, because I know they are eating the icky mosquitoes and flies. Most of them are funnel web spiders, orb weavers and garden spiders. I actually enjoy watching them hanging out and waiting for lunch. I almost have a kind of Wilbur/Charlotte relationship with my outside spiders. But just yesterday, one particularly large garden spider found its way to the inside of my porch. My living space.  I immediately felt anxious and panic stricken. It took me a better part of an hour to get up the nerve to capture it in a very tall glass, slip a piece of cardboard under it, and set it free outside … far away from the house, like my mom always told me to do with the bug catcher.
I found a very interesting article about arachnophobia here. Yes, spiders creep me out because they move fast and are very leggy and hairy. But it seems my fear goes deeper than all of that. I know I will never get over my irrational fear of spiders. I’m fine with that. I do find it interesting that I am not as afraid of them when they are living their lives outside, where they belong. Like the spider in the picture below. (Scroll down to see it.)
I have conversations with this guy every day, as he has set up house on the side of the garage, right by the gate to my backyard. He is gorgeous, and I think we have a healthy respect for each other. I believe he’s a common garden spider, and I love the markings of a cross on his back. I think he is a really beautiful spider, and I actually enjoy him being a part of my surroundings. Just don’t come inside. That’s a game changer for me.
This one spider has the power to make my skin crawl, give me goose bumps, and actually cause me to cry, scream, curl up in a corner, and possibly faint if he were inside my house. I would not be able to touch him with a ten foot pole. I think maybe that’s a good thing … for the spider. 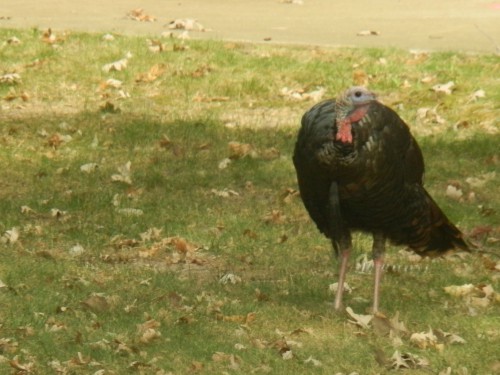 Kid of the Week: Harper 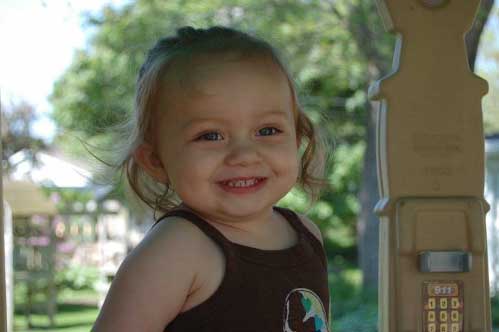