Whenever I come into the office lately, the first thing I do is check to see if Lanette is still here, or if her baby has decided it’s time to have his birthday. It occurred to me the other day that apart from when I was six and my mother was expecting with my youngest brother, it’s the closest relationship I’ve ever had with a pregnant woman. Years ago I shared an office cubicle with a woman who quit her job the same week she announced she was pregnant, so I’m happy to be carrying this relationship with Lanette to term.
My wife and I don’t have children. (I can barely take care of a cat.) But we have eight nephews and three nieces, plus a few godchildren and an ever-growing gaggle of honorary grandchildren. The oldest of the latter will be turning eight next month, which means it’s been about eight years since we were first referred to as “Grandpa Jim and Grandma Ann,” which freaked both of us out a little bit.
The oldest kid in the whole circle of family and friends is our nephew, who is 22, working his first real job out of school, living with his girlfriend and enjoying life immensely. We’ve got another nephew who’ll be a junior in college, and who just spent a semester doing a prestigious internship at Walt Disney World in Florida. (I wonder how many interns there think about going back north–to Michigan, in our nephew’s case–and think to themselves, “Heck with it, I’m staying here.”) Still another has just graduated high school and will be going to college next month. We’re done with high-school graduations for a while, but only for a brief while.
I had a lot of nephews before I got my first niece, so my nieces are special to me. They are 12, almost 10, and 3. The three-year-old is the youngest kid in my circle of family and friends–although I haven’t seen Lanette for almost an hour now, so maybe not. 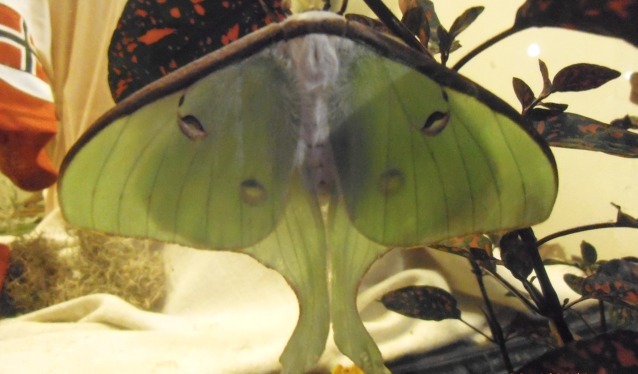