How Our Towns Got Their Names

Written by Jim Bartlett on September 2, 2016

In 1968, author and historian Robert Gard published The Romance of Wisconsin Place Names, the result of several years of research. He went back to old records and old-timers to find the reasons why places in Wisconsin, large and small, famous and forgotten, have the names they do. The book has been reissued with a new foreword by historian Jerry Apps, and it’s very entertaining, even though it’s just an alphabetical list of place names and (mostly) short explanations of their origins. Here are a few from our area.
Madison, of course, is named for president James Madison.
Middleton is named for the town of Middleton, Vermont. The name was chosen by the town’s first postmaster, Harry Barnes–and it could just as easily have been named “Barnesville” or something like that, because places were often named for their postmasters, or their first settlers, or their wives, or their daughters.
Monona is of Native American origin, and it’s widely agreed the word means “beautiful,” which is better than some of the possible meanings in the Ho-Chunk language: “lost” and “stolen.”
Stoughton is named for Luke Stoughton, who laid out the original plan for the village. He bought the land in 1847 from Daniel Webster. Gard doesn’t say it’s the same Webster who was the famous 19th century orator, but it certainly could have been.
Sun Prairie was founded by Charles Bird, who had been part of a group of workmen traveling from Milwaukee to Madison build the first Capitol building in 1837. After riding in rain for nine days, the sun came out when they reached a prairie east of Madison. Two years later, when Bird returned to the place to build his home, he named it Sun Prairie.
Fitchburg was named by Ebenezer Brigham, the first permanent settler in Dane County, after the town of Fitchburg, Massachusetts, which was near Brigham’s birthplace.
Oregon was named after the state of the same name, although it was originally called Rome Corners.
DeForest got its name from Isaac DeForest, who made a fortune farming wheat in the area before the Civil War.
Verona was settled by people from New York state who gave it this name, although it was first known as the Corners, thanks to its location at the intersection of major routes from Galena to Green Bay and Mineral Point to Milwaukee.
There are two stories about how Waunakee got its name. One is that it’s named for a friendly Native American who lived near the village mill. The other is very complicated, and involves what looks to me like railroad officials demanding a bribe to locate a depot in the new village. When citizens refused to pay, they were told that they couldn’t have their proposed name for the village, which was Lester. Instead, two prominent local businessmen chose Waunakee, a Native American word that is said to mean any number of things: “you win,” “sharp shooter,” “he lies”, “he lives in peace,” “he forgets something,” or “he digs a hole.” Given that the word can mean so many things, it’s hard to believe there’s only one Waunakee in the world.
If you enjoy the kind of book you can open anywhere and enjoy five minutes at a time, The Romance of Wisconsin Place Names is one for your list. I’ll tell about some more local places next time. 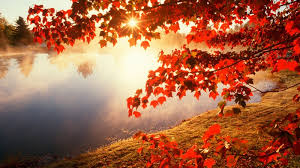