Jim’s Blog: What I Saw at the Total Eclipse

“I feel weird,” Madea said.
“Me too,” I said.
It was three minutes until the total eclipse in Princeton, Kentucky. The sky was turning dark, and a 360-degree orange sunset was descending. The sun through our eclipse glasses was reduced to a tiny, shrinking sliver. But what was most notable at that moment was the weird feeling. It was more than just excitement over what we were about to see; it was an almost-woozy feeling of disorientation, as if our bodies, disconnected from the thinking part of our brains, were warning us that something was wrong.
Not wrong, but different. Every day of our lives, going back to Day One, has begun with a sunrise and ended with a sunset. But this—this darkness at 1:23 in the afternoon—was a disruption. We were, in those moments, not much different than the birds that stopped singing or the crickets that started chirping: creatures responding on a primal and physical level to the sun, as all living things do, birds or bugs or human beings.
But let me back up and tell the whole story.
Yesterday, I drove from Madison to Murray, Kentucky, where some old and dear friends of ours, Madea and Scott, live. Murray was getting 99.94 percent of totality, but I didn’t drive 10 hours not to go all the way. So we drove about an hour to Princeton this morning and staked out a spot in a city park. There were lots of people there, but it wasn’t crowded. They had come from all over. The folks next to us were from Indiana; behind us were two Wiccans who had come from New Hampshire.
The partial phase of the eclipse started at 11:50AM. Gradually the moon bit into the sun, from the 1:00 position, approximately. You could feel the temperature start to drop between a half-hour and 45 minutes from totality. The sunlight took on a silvery cast at about 10 minutes before totality, and the silver increased before darkness took over. (The weird quality of the light contributed to that woozy feeling, I think.) I had a talking app that counted down the time to totality and gave me things to look for. I did not see the “diamond ring” effect that’s supposed to occur just before totality, but when the app announced “glasses off,” we looked up into a dark sky and saw the dark circle of the moon, thinly illuminated around the edge by the silver corona of the sun. I tried to look at it with binoculars, but it was better to simply look up at it with the naked eye, straight overhead.
It was magnificent. Some people cheered, hooted, or laughed, especially in the first seconds of totality, but the overwhelming feeling in the crowd was one of awe and wonder.
We had two minutes and 36 seconds of totality before the app announced “glasses on,” and the sun emerged from behind the shadow. The silvery light returned for a moment but the day quickly brightened—faster, it seemed than it had darkened, although maybe that’s the difference between waiting for something and the something having happened, the way a sense of expectation decompresses into the feeling of “wasn’t that something?” It wasn’t long before we packed up the lawn chairs and hit the road. We arrived back in Murray at just about the same moment the partial phase ended and the eclipse, in this part of the country, was history.
Tomorrow I will return to Wisconsin. By the time I get home, I will have spent more than 20 hours in the car to experience those two minutes and 36 seconds of totality.
Even at twice the price, it would still be a bargain. 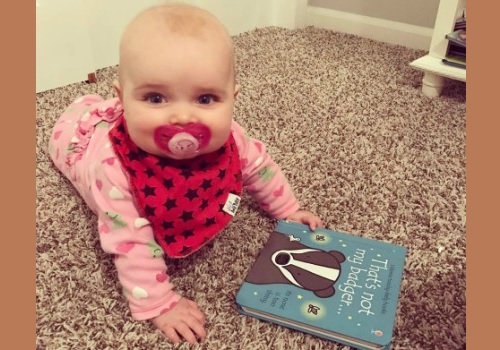